Hey guys, here it is: my first travel post. I must admit, it’s not that far yet. On Wednesday, me and my best friend went on one of our little road trips. This time we went to The Hague in the Netherlands. It was an easy destination, since it’s only 1,5 hours away from our hometown, Antwerp.

When arriving in The Hague, we didn’t really know why we went from cold Belgium, to even colder Holland. With minus 2 degrees Celsius and snow/rain, it’s wasn’t the easiest task to take photos, but we tried! And the freezing weather also gave us an excuse to visit multiple coffeeshops (like with real coffee, so not the Dutch ones).

First stop of the day was the central station of the city. It’s a very bright, futuristic-looking building. After taking some cool shots there, we decided to head further into the city center. The cool thing about The Hague is that it is the second capital of the Netherlands, after Amsterdam, with the Dutch government housing here. Therefore, we wanted to see “het Binnenhof”, the place where the parliament houses. The site is truly wonderful and definitely a must-see when you visit the city. After this we strolled along and passed by a few cool stores. One of them being Aspact. The store sells all different kind of brands such as Moschino, Dsquared2, Filling Pieces, etc. The store has a very easy lay out, but actually stores just what you need when you’re looking for a nice outfit. 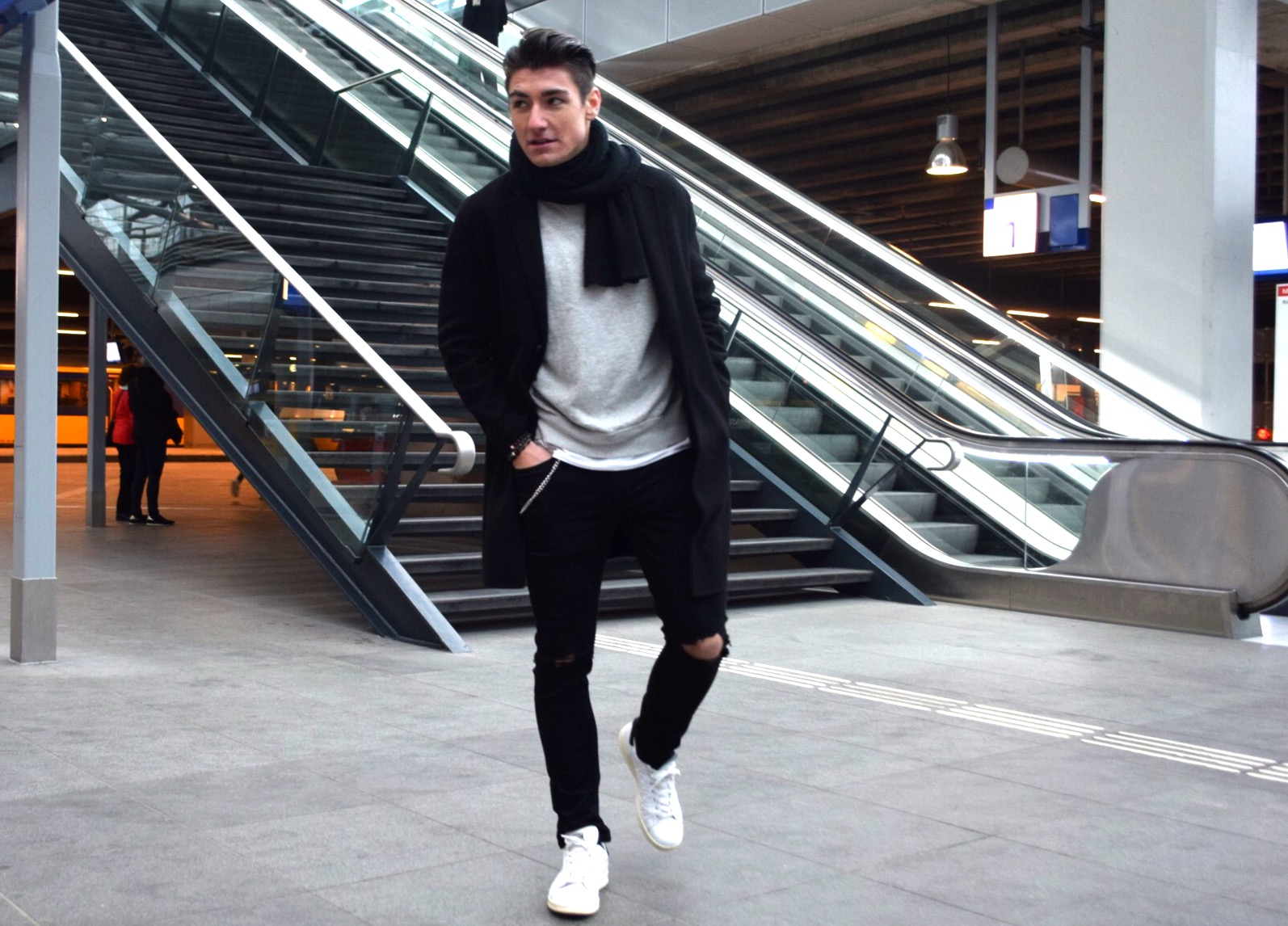 Moving on … lunch time! I did some research online and found a few places I wanted to go visit. But I only have one stomach, so I had to choose. In the end, it was an easy decision. We were heading to De Bijenkorf, a department store, which also houses “The Kitchen”. This is a relatively new place where you can just get whatever you want. Whether you want soup, a pizza or a burger, they have it all. We had a delicious burger, which we were able to personalize, and a smoothie, because as all of you know: summer is only 5 months away! 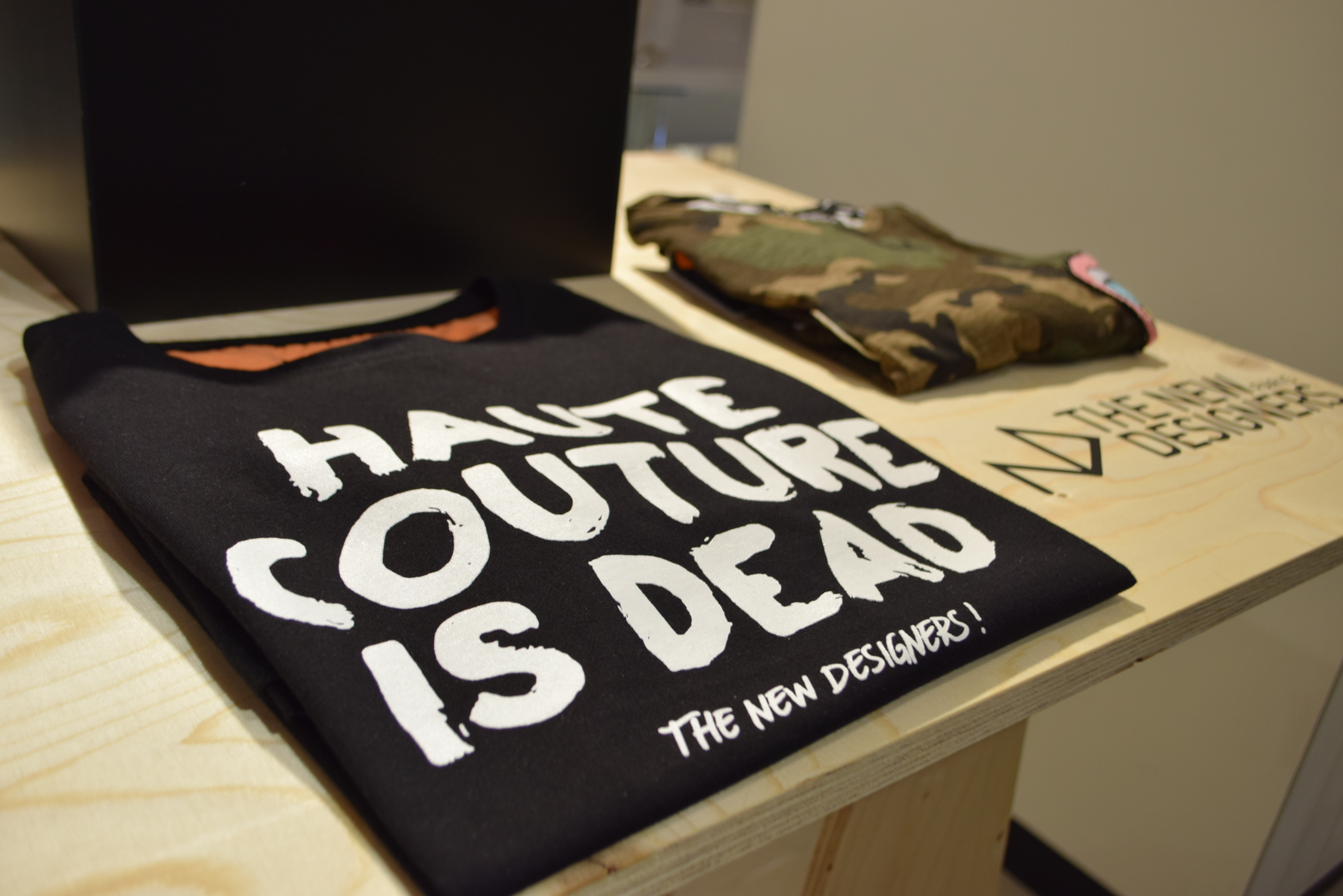 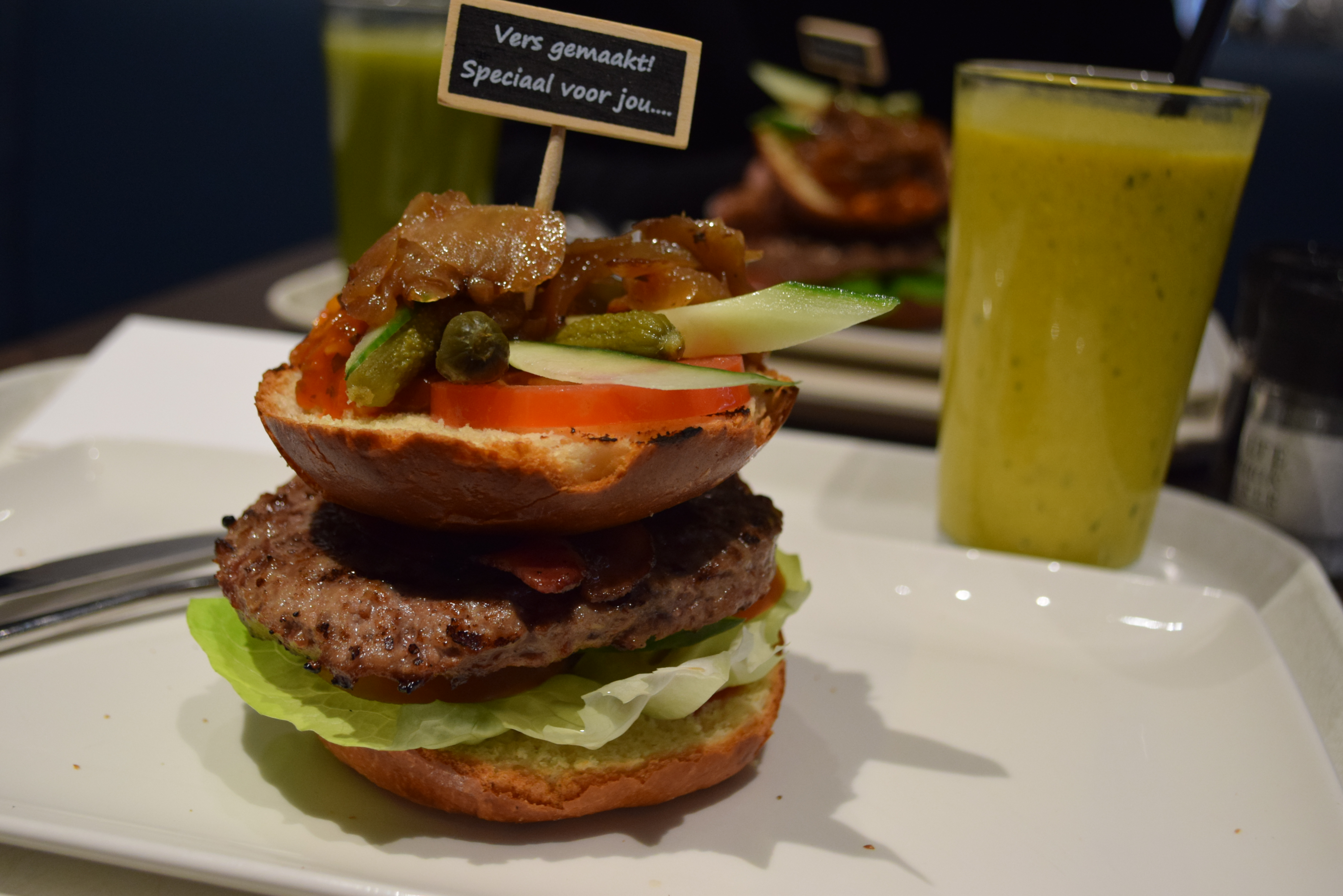 Back on the streets, we went to Concrete, another store we really wanted to visit. Concrete is a remarkable concept store, selling many cool brands. It’s for sneaker heads. If you want some cool kicks which aren’t sold anywhere, this is the place you should go. Think Adidas Raf Simons etc.

“Imitation is the best way of flattery, right?”

While doing some more walking through the cute shopping streets, we also made a quick stop at the Frites Atelier of Sergio Herman to try his ‘Dutch’ fries, or something like that? (He also opened his Antwerp store this week btw). And yeah, they were pretty amazing but of course nothing compared to the Belgian ones. Imitation is the best form of flattery, right?

Before finishing the day with a good cup of coffee, we went downstairs into the amazing-looking subway of The Hague. Here we took a lot of photographs, some of which you will definitely see on my Instagram. But like I said, after that it was time for coffee before heading back home.

Anyway, if you’re ever in the Netherlands or if you just have a day you want to fill up with some cool stuff, you should definitely go check out this cool shopping city. And just a little tip, if you’re visiting The Hague in the summer, make sure to bring your swim suit, since the beach is only 20 minutes away from the city center by car. 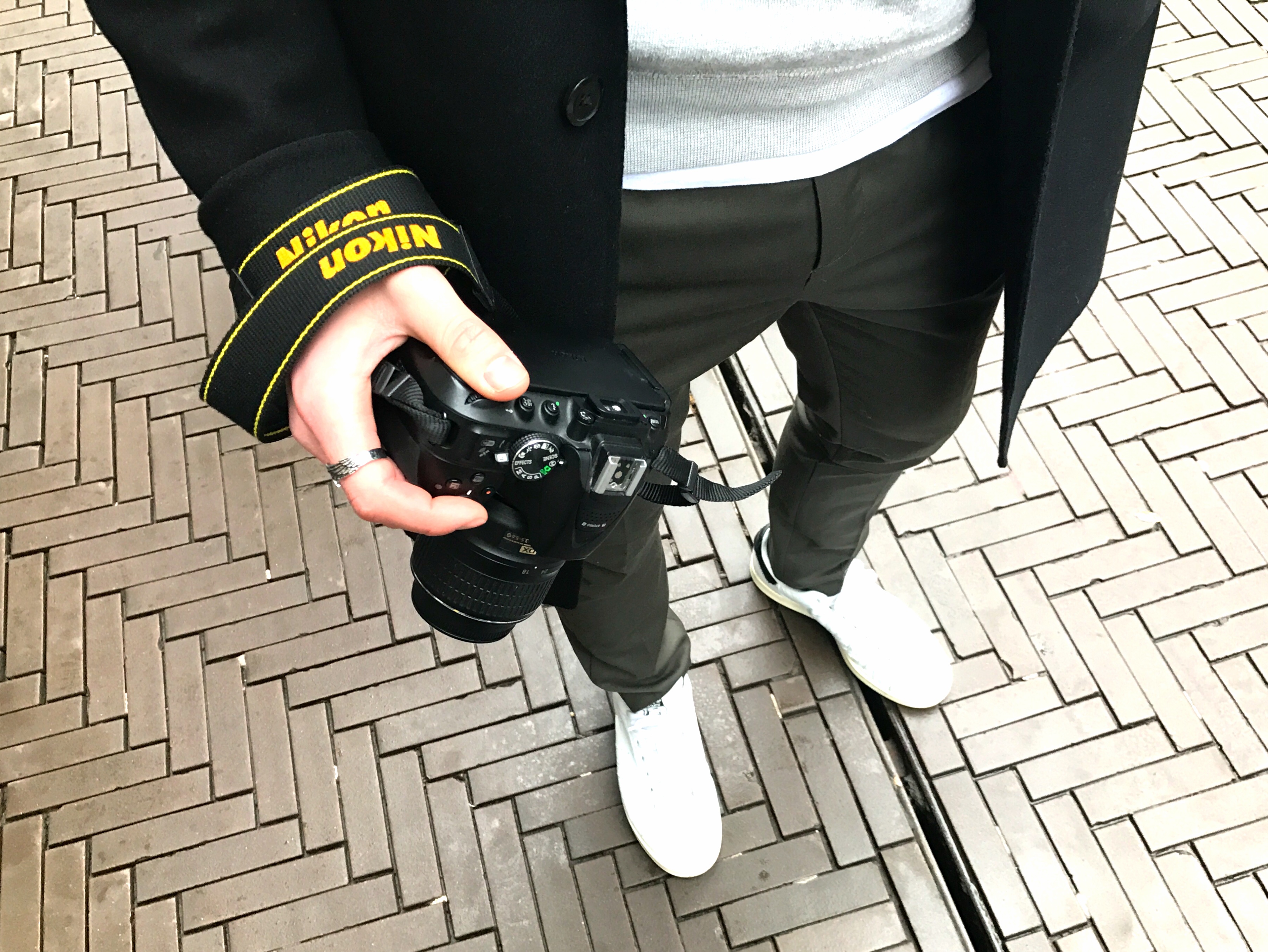