I need to be honest, I slept quite good in the igloo and it’s really cool to do though. We had breakfast and day two of our adventure started. On the program was a hike tour with our personal instructor, Willy! I didn’t think very well the day before, when we packed our backpack, because the only pants I had with me was my ripped one. Nevertheless, I survived, due to my warm Woolrich jacket, which compensated the holes in my jeans ;). After hiking for 2 hours, we tried the local ‘schnaps’/shots (Yes, at 11.00 in the morning) and cheese.  After getting back to our igloo, we went for lunch. Mine was wienerschnitzel with vegetables and of course a piece of Apple strudel (what else?). We went down by cable car and hit the road to our new hotel. This was the Santer hotel in Koningsplatz and it was LIT.

We had some time to relax and chill in the afternoon. There was an indoor pool, but the coolest was the warmed outdoor one. We couldn’t let this one pass without taking some photos.  At h19.30h we needed to be ready for out final activity: night sledging. Never did this in my life, but boy I would do it again when I have the chance. Except almost smashing against a tree when I hadn’t seen a turn coming, it was great. I yelled the lungs out of my body, but I had the time of my life!

Hugo would already be enough to check out South Tyrol. If this isn’t enough, there is still apple strudel, skiing, hiking, sleeping in an igloo, great hotels and night sledging. Still not convinced? Tyrol produces some of the best wines in the world, has 300 days of sun during a year, counts 1120 kilometers of slopes and has 7 impressive parks together with a national one. More about the region you can find on the site of Kronplatz & 3 Zinnen.

My expectation for this trip were high before departure, but they were more than fulfilled.

Thank you, South Tyrol, I had a blast! 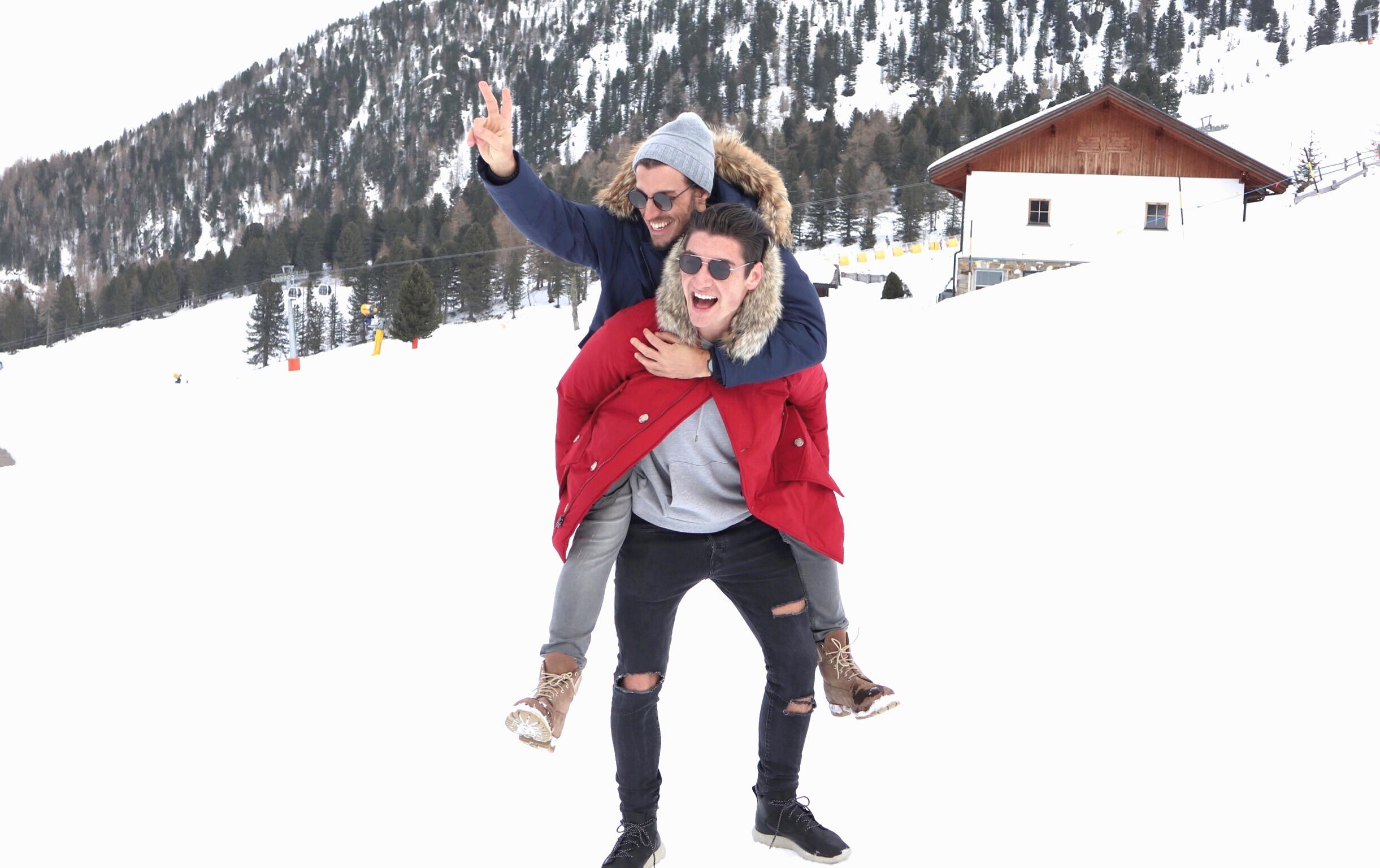 The first one was spontaneous. With the second one, somebody shouted ‘Pose guys!’, and that’s what we did haha ;).